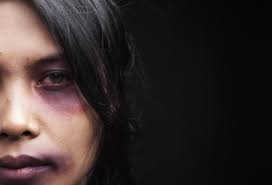 “I think she’s retarded,” said the helpful neighbor. She was a big-busted woman with cheerfully tinted blonde hair and multicolored polyester clothes. She lived next to a young woman who was experiencing domestic abuse; it was their third visit to the Self-Help Legal Clinic at Superior Court.

The abuse survivor—we’ll call her “Juana”– looked like a child in comparison with her buxom neighbor. In fact, she was only about 4’7” and looked like she had been raised on malnutrition. I’m only 4’11,” and this young woman made me feel tall and strong.

Juana had filed for a restraining order against her violent husband, with the help of her neighbor. When it came time to explain to the judge the reasons for the restraining order, Juana froze. She could not say a word or describe a single detail of what had happened, only stare like a trapped animal transfixed by the oncoming headlights. Her petition was denied.

If the neighbor hadn’t heard and witnessed the abuse, there would have been no intervention nor record of the husband’s behavior.

There are ironies associated with being an interpreter. The interpreter is supposed to be a shadow, an echo, an invisible link between people who speak two different languages.

But interpreters are also thinking, feeling human beings. In fact, we need to use our judgment constantly, even while operating on the premise that we will add nothing, change nothing, and interpret in the same “register” — emotional tone, educational level and vocabulary.

The task can be exhausting—such as interpreting for a rape and torture victim at a criminal trial, then interpreting for her abuser. The interpreter becomes an echo of violence and suffering, of unspeakable acts, without being able to change what happened in the past or affect the future.

It’s easy to feel at such times that we don’t make a difference, (other than doing our best to be transparent, professional, and responsible, all of which go with the territory).

One interpreter I know transferred from the criminal courts to Children’s Protective Services after such a trial, because she decided that anything would be easier, even interpreting child abuse.

There are times when it’s difficult not to see our role as advocate. We’re not just interpreting words, phrases, grammar–we’re interpreting culture. People’s well-being, even their lives, can hang in the balance.

“Well, I don’t know what to do with her, poor little thing,” the neighbor explained in a voluble mix of English and Spanglish. She was one of those people who so radiate health and contentment that everything she said sounded upbeat. “Maybe she’s just not all there, if you know what I mean.”

Silence. The neighbor shrugged her shoulders as if to ask, “well, what did you expect?”

Suddenly, Juana began to speak, surprising all of us. She spoke in a low, far-away voice, looking at a space over my shoulder. I had to run to the computer, log on, input the case number, and start keyboarding as fast as I could. Now that she had begun, she wasn’t going to stop.

How she had been pressured to leave the tiny rural community—el rancho—where she was born to come to this country, undocumented, in order to marry a man in his fifties, because her family didn’t have enough to eat. The rapes. The beatings. The recriminations. His rape of her teen-aged sister when she came to visit. The last straw—when he tore his own child from her breast, threw the baby to the floor, and proceeded to rape her. According to him, this silent and terrified girl who spoke no English and couldn’t even leave the apartment was obviously a whore—“una puta”– and didn’t deserve anything better. When he treated his own child with such brutality, she knew there was no hope.

She spoke for almost an hour. Then she was done. There was silence The neighbor had tears rolling down her cheeks, and my fingers were burning from moving so quickly on the keyboard.

Juana got her restraining order.

The Fable of the French Engineer 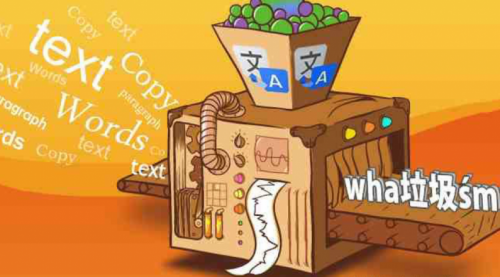 Can machines translate?  Do we really need people?

We’ve all heard Aesop’s Fables at one time or the other, and the morals or sayings that follow.  This fable also has a moral at the end.

A few years ago, an agency contacted me to edit a manuscript.  It was an engineering text by a French engineer on one of the products of the international electronics company who employed him.

The manuscript had been machine translated by computer.  The assumption was that only some tweaks and touch ups would be required.

Bien sur, how different can engineers be?  They all think the same, n’est-ce pas? —in bullets, specs, and short sentences.  (Unless they get lost in a thicket of product features, and can’t stop themselves from going into excruciating technical details about each one).

These assumptions held until a real human being tried to read the manuscript.  Sacre bleu!  (BTW, this is an out-dated phrase, no longer used except by Hercule Poirot in Agatha Christie novels.  You will see how apropos this is to our fable).   It was incomprehensible, undecipherable, and in no language known to humankind.

Undaunted, they presented me with the original French text.  I brushed off my high school and college French and prepared to power through it.  Après tout, I had already worked with many engineers, and had always been able to coax, tease, or bully the necessary information from them, even when they were unable to see the forest (the application/benefits to the customer) for the trees (their beloved technical features).

But this was a French engineer. A French engineer who was a graduate of the Sorbonne, and dedicated to defending French language and culture from the Barbarians.

The language was florid, roundabout, verbose.   I showed the manuscript to a friend who had just completed her Ph.D. thesis on Rameau, the Baroque French composer born in 1764.  “Oh, this is exactly like the source materials I’ve been dealing with,” she said.

To give just one example of what awaited me, there was a thirty-page section comparing etiquette in the Court of Louis the Sun King to the etiquette in the royal court of savages on a South Sea Island.  (The manuscript was also politically incorrect).

What could this possibly mean?  After exhaustive—and exhausting—brainstorming with various technical writers and engineers, we had our “Eureka!” moment.  The author was comparing the etiquette used in the Court of Louis the Sun King to the etiquette used by “savages” as an analogy for electronic crosstalk.  Incroyable!

I finally whipped the manuscript into shape, with the French engineer resisting every single adjustment or change.  He had labored over his oeuvre in his own cultural context, and didn’t want to reduce his flowing, if florid, prose to dry engineeringese.

By the time the manuscript was truly translated—not just word for word but into a comprehensible, acceptable text for English-speaking engineers, replete with bullets, specs, and short sentences—the product had been withdrawn from the market.

The answer of our initial question is—malhereusement for the folk who would like to dispense with the human interface—is that yes, we still need people.

Translation is never word for word.  It always takes place in a cultural context.  Someone has to understand the message and communicate it in the language and form that the target audience can comprehend.  Mais oui, we still need translators.

The Moral: Hire a Human!  Human beings who want to communicate with any other human beings should hire a human translator.