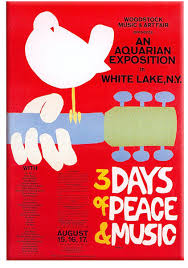 It happened to me when I took my son, then fourteen, to Neil Young’s Bridge School Benefit Concert. Searching for garlic fries, I suddenly stumbled on a time warp. Young girls were walking by wearing flowing peasant skirts or blouses with long, straight hair like Rapunzel’s hanging down their backs. Stands were selling funky jewelry with peace signs, macramé headbands, tie-dye clothing, and head shop paraphernalia. Teenaged boys a few years older than my son were sporting long hair, bushy beards and flannel shirts. Where was I—in Silicon Valley California or transported by time travel back to Woodstock 1969? 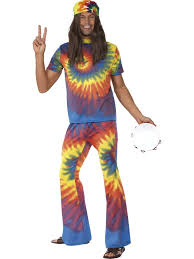 I was used to gray-haired ponytailed people of my own generation waxing nostalgic. Once when Jake was three, the Ex and I took him to a small town near Santa Cruz to visit the fire station. Returning from dinner, we glimpsed a mirage. In what had been an empty lot that afternoon men and women with flowing gray hair, thickening torsos, and psychedelic clothing were dancing dreamily to sixties music. “Far out,” they murmured as we approached. One lady with stone-gray braids and ample bosom picked up Jake and swung him around to Crosby, Stills & Nash & Young Teach Your Children Well.  (The Young, in case you’re wondering, is the same Neil Young who took his music off Spotify as a protest against vaccine misinformation.  Seventy-six and still protesting).   “Out of sight,” a few dancers muttered approvingly.

The next morning, the mirage was gone. It was just an empty lot, and there was no evidence whatsoever of the middle-aged stoners. It was like the scene in the musical Brigadoon of a sleeping village that wakes only once in one hundred years to sing and dance.

Because the sixties are long-gone, and Woodstock is history. If I had any doubt, it was dispelled by learning about the Sixties and Woodstock Museum at the Bethel Woods Center for the Arts at the site of the original Woodstock Festival, where you can take your grandchildren to participate in interactive exhibits and “Engage with History.” (Un-counter culturally, ExxonMobil is an official sponsor. It seems that the corporate society we were going to replace with the dawning of the Age of Aquarius can absorb every kind of rebellion–as long as it can be packaged and merchandised).

When it was my daughter’s turn to be a teenager, she and her friends became besotted with the 1960s. “I should have been born then,” she told me. My involuntary maternal reaction was to give thanks that I wasn’t raising an adolescent in the Sixties. Drugs, sex, and rock ‘n roll are everywhere, but they’re no longer elevated to the mythic status of world-changing behavior that will bring in a new age of peace and love.

She and her friends went starry-eyed to a revival of Hair. They sighed at the movies over Across the Universe, with its Beatles soundtrack, which presented a decidedly rocky decade as a time of pastel colors awash with sunshine. My kids were full of nostalgia for an era that has been turned into a fairy tale and was over years before they were born. I felt like I was being tie-dyed twice.

Were the fabled sixties just a story we told ourselves, like the stoner party mirage on the outskirts of Santa Cruz? As a reality check, I decided to watch the documentary Woodstock: 3 Days of Peace and Music. Footage of 400,000 folks and great performers, all congratulating themselves and each other on their far-outness, seemed like definite proof that the event really happened, not to mention the sight of hundreds of perfect young male torsos. It would be far out to see how those chests are today. (Or maybe that’s too much reality check). 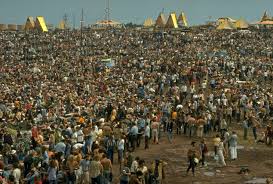 To further ground myself, I picked up a new 45th anniversary edition of Bob Spitz’ Barefoot in Babylon: The Creation of the Woodstock Music Festival 1969. To my surprise, it read like a thriller. The event was over forty-five years ago, but the backstory is a cliffhanger. The obstacles, incredibly complicated logistics, and disasters that overtook the organizers were mind-boggling. “Oh my God,” I kept on thinking, “how will they get out of this one?” Not least because of self-serving and sometimes despicable human behavior, and not just on the part of the benighted Establishment. “Woodstock was as replete with scandal, graft, and corruption as it was with fellowship and high ideals,” to quote Goodreads.

There was a whole lot of screwing going on, and it wasn’t only horizontal and consensual. Who says hippies couldn’t be hustlers? “Peace, love, man.”

There were also some unlikely heroes over thirty, such as Wes Pomeroy, a former Assistant U.S. Attorney General and law enforcement expert who dedicated himself to providing peaceful, compassionate security for the Festival—and got screwed—and Max Yasgur, the conservative dairy farmer who saved Woodstock. Yasgur made the famous speech that helped create a legend: “I think you people have proven something to the world … This is the largest group of people ever assembled in one place. You’ve proven to the world that a half a million kids — and I call you kids because I have children that are older than you are — a half million young people can get together and have three days of fun and music and have nothing but fun and music, and I – God Bless You for it!”

It seems like the Sixties will never be over. Scanning slides from Fashion Week during a rare quiet moment at work, there they were—earrings in the shape of giant orange peace signs—worn by a model for the Moschino show, in which the girls were dressed and made up to look like Barbies with a pulse. Decidedly not counter-cultural.  “Hippie-chic.”

For this 400,000 young people trekked for miles and got stoned peacefully for three days in the mud? Well, I’ll be tie-dyed. We were supposed to be changing the world, not our clothes and accessories! “Peace, love, man.”