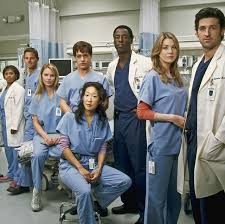 THE SINGLE BOOMER MEETS THE McSURGEONS

This should be the beginning of a meet cute, a rom-com, the story of a single female boomer, three surgeons, and my Temporary Disability Dating Profile. Not. And not just because the distinguished medical gents involved are all married. Based on a recent scientific sample of three male doctors and three female doctors, I’m beginning to wonder if the medical profession should be limited to women.

This concept is a Twitter firestorm just waiting to happen–unfair bias against middle-aged, mostly white men, beset by female providers invading their previously all-male bailiwicks.  I can see the protestors in their white coats: Male Surgeons Matter.

The three surgeons in question haven’t studied Grey’s Anatomy to learn how real surgeons behave. None of them come even close to Drs. McDreamy, or McSteamy, or the gorgeous Dr. Preston Burke of Seasons 1-3. FYI, I’m finally up to Season Three, uninterrupted Netflix viewing made possible by the surgery sabbatical (i.e. temporary disability) made possible by McSurgeon #1.

Grey’s Anatomy is one of the TV shows that the rest of the world was watching fifteen years ago while I was reading books. If I had only viewed it in time, I might have made a more judicious choice of medical provider.

If I had only known–the favorite mantra of gothic romance novels–if the heroine had only known not to go into the haunted house full of dungeons, ghosts and skeletons, alone and with no flashlight, no cell phone, no brains. Had I only been up-to-date on my educational television viewing, I might have known enough to choose Meredith Grey  as my surgeon.

The three surgeons who did me in have great professional reputations and academic credentials. They’re weren’t some shlubs who I picked from a Yelp list of the McSketchiest Surgeons.  (Interesting that doctors are listed and reviewed on Yelp with “burgers, barbers, spas, handymen…).”   But all three skipped Professor Shonda Rhimes’ Grey’s Anatomy 101 and failed to learn that they should be heroically dedicated to their patients’ welfare at all costs–while still being photogenic.  If we have to be unwell, we at least deserve something good to look at.

McSurgeon #1—Dr. McDefensive– performed the surgery that caused me to take a work sabbatical, better known as Temporary Disability.  Five months after surgery, I was still limping, in pain, and couldn’t lift my left foot. Dr. McDefensive made it perfectly clear that CYA-covering himself– was his main priority.

He stood over me—four times larger and heavier—and thundered at me in basso profundo that he had documented everything. That he had indeed explained the surgery to me thoroughly. That I had been an “uncooperative and non-compliant” patient.” That he had visited me “multiple times” in the hospital. That my symptoms had been “resolved” by the time I left the hospital and were “delayed onset”  after I returned home, i.e. not due to his surgery or the hospital stay.

None of the above apply, although I’m sure that Dr. McDefensive convinced himself that it all happened exactly his way. Regardless of reality, he’s embedded his version of events in  the electronic medical records. He gets to do that kind of thing–after all, he’s the doctor.  Having put me in my proper place-silent and intimidated-he then took a deep breath and said, “of course, we’re just looking for solutions here.” 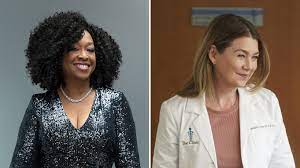 Was Dr. McDefensive the doctor who put in my medical files that I am “cognitively deficient?”  The best defense is a good attack– (Sun Tzu, “Fifth Century B.C.–“attack is the secret of  defense.”

Did Sun Tzu ever perform surgery?  Dr. McDreamy would never have behaved like this.

McSurgeon #2 was Dr. McConfusion-a bald, spectacled man who seemed to be caring and thorough. He kindly explained what he was seeing in the CAT scan and MRI to me and the friend who came along to take notes. It was just black and white or greyish stuff to us, but it seemed to be bone debris to him. Dr. McConfusion repeated four times during the appointment that I needed another operation immediately to remove the debris, and that I would never recover without it.

Then Dr. McConfusion wrote up clinical notes that were so different from what he told us that we thought he had mixed up my file with another patient’s.

Dr. McConfusion didn’t say that he had reconsidered the diagnosis and recommendations he made to us. He just wrote a completely different version that backed up Dr. McDefensive. It felt like gaslighting—making both my friend and I question our sanity. I decided to finally replace my dying iPhone and record all future medical appointments.

McSurgeon #3-Dr. McColleague, was a tall, bespectacled Asian-American male from a prestigious medical center. He spent the entire appointment talking only to my son and never once made eye contact with me. Although my kid was young, unshaven, unshowered, and dressed like Mark Zuckerberg in an old gray t shirt, and jeans, Dr. McColleague assumed he knew more than me, the patient.

McColleague began the appointment with a long speech about how Dr. McDefensive was his valued friend and colleague.  Dr. McColleague “trusted him implicitly” and would be giving me a consult only, not taking over any aspect of my medical care. Before continuing, his nurse practitioner had to reassure him that Dr. McDefensive had indeed referred me to him for a second opinion—that I hadn’t barged into his office with my walker just to cause trouble.

Dr. McColleague did recommend a further study—CT myelography or spinal tap with dye– to determine if the nerve at L5 was being physically compressed by bone debris or metal, or simply bruised. “Slapped or shot with a BB gun,” was how he put it to my son, man to man.  He refused to order the test because he would not interfere in any way with his colleague’s case. His professional relationship with Dr McDefensive trumped (you should pardon the expression) my medical care. 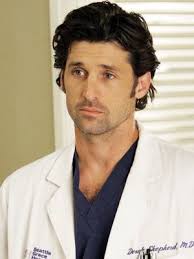 I decided to wait on the spinal tap. I was afraid that I might not ever feel the same about Rob Reiner or one of my favorite movies.  (If you haven’t seen This is Spinal Tap, it’s the chronicle of a fictional rock band–possibly the greatest mockumentary of all times).

Studies show that gender bias in patient care is a reality and affects medical care.  I.e., if the complaining patient is a male, his problem is real and deserves to be addressed.  If the patient is female, she’s just causing trouble.

One time during those not fun-filled five months, I showed up late one afternoon at my PCP’s office with severe swelling in the feet and ankles. Since post-surgery edema can be caused by a blood clot, she put me in her car and drove me to Radiology herself to make sure I would be seen right away.  None of the McSurgeons would have ever dreamed of such an act.

Then the EDD notified me by mail—the envelope having been mailed late and held up by a three-day weekend-that my disability benefits were terminated. My PCP and Dr. McDefensive were away on vacation until well after the appeal date, and I didn’t dare trust Dr McConfusion.

My PCP’s office referred me to an internist—female-who was sympathetic while being brisk and business-like. She did a thorough exam and history and took care of the paperwork immediately, although she obviously had a busy practice and I wasn’t even her patient.

When I got an appointment with a pain specialist–female–she finally prescribed the correct pain medication and dosage without severe side effects. Dr. McDefensive had not, leaving me without appropriate medication for many incapacitating, painful weeks. Then she gifted me with medication samples so I wouldn’t have to wait for the pharmacy. In response to my email a few days later, she called me at 7:30 at night so she could answer all my questions.

None of the three women doctors batted an eyelash about being recorded. Dr. McDefensive asked if “we could finally turn that thing off.”

The female physicians treated me like a fellow human being who had come to them for medical services, not to threaten them or a colleague or kick up a (thoroughly female) unnecessary fuss. 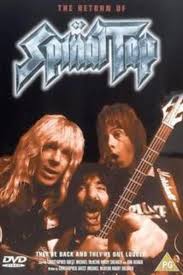 The three McSurgeons made me feel like The Perils of Pauline, the hapless heroine of old black and white silent movies, tied to the train tracks, waiting for the train to run her over and praying for the hero to arrive just in the nick of time to save her as the organ music surged.  In the movies, the hero is a man.  In real life, the people who really came to my rescue me were women.

In my job, we always warn patients of surgery risks–we do it every day. We forget to warn them about the Mcsurgeons. 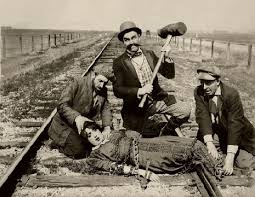 With doctors like these McSurgeons, who needs McEnemies? And based on this scientific sample of six medical practitioners, should men be doctors?