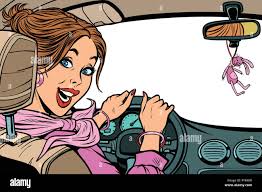 The Single Boomer and the Steel-Clad Significant Other

Are you old enough to remember that old Harley Davidson ad about “four tons of hot steel between your legs?” We may all have fantasies of a steel-clad, sleek chassis—owning one or being in a relationship with someone who does. For a mature single, our most essential significant other may have four wheels and be made out of metal. 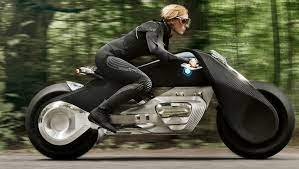 My intimate relationship with my automotive significant other began the moment its windshield shattered. A drunk and stoned man in a Toyota decided to run a red light directly into the driver’s seat of my Jeep Cherokee. With me and my son in it.  We were on the way home from a piano lesson, the fourth vehicle crossing on a green light.  My son had just put his latest Hanukkah gift in the CD player-a new South Park CD–when the windshield shattered.

I found out after I regained consciousness in the hospital that my dauntless automobile had laid down its life for mine, and saved my thirteen-year-old son from serious injury. 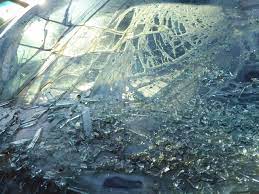 Fifteen years later, I’m driving Big Red, the Jeep that replaced the martyred vehicle. Suddenly, the inside lights begin flashing on and off. The flashlights stutter intermittently as if they were sending S.O.S. distress signals. Instead of the time and temperature, the console is displaying all kinds of strange signals—“O circuit loose,” “W circuit loose,” “-37 SW,” “Surrender, Dorothy.”

Big Red carries me to a coffee date later that day. I arrive safely, despite the Disco lights rotating in my car.

“Do Not Resuscitate,” the coffee date man pronounces. “Fifteen years is too long to be with a car.” Which doesn’t bode well for an LTR–it’s seven more years than his own marriage lasted.

It is true that I am codependent on a very large inanimate metal object that consumes an inordinate amount of natural resources due to its internal design through no fault of its own, somewhat like the cattle that McDonald’s raises to turn into hamburgers.

But this is the big guy who carried my children to school, play dates, and countless soccer matches. It’s taken me to work, to an infinite number of errands and appointments, transported me out of a failing marriage, and saw me safely home from dates, trysts, romantic disappointments, relationship breakups.

I may not have always had a shoulder to lean on during my years as a mature single, but I could always settle my posterior into its upholstery, press the gas pedal, and move on. Fifteen years is far less time than I spent in my marriage, but it’s longer than any relationship I’ve been in since separating from my ex-husband. And it’s the only relationship where I’ve been in the driver’s seat.

To fix or not to fix? It feels like making the decision to put down an elderly and beloved family pet.

Several days follow of waiting at Whole Foods, Barnes and Noble, Starbucks, any comfortable environment where I can hang out, while different mechanics run diagnostic tests and deliver contradictory opinions. It’s the multi-switch function. No, it’s the body control module. No, it’s both. Or neither. Reprogram. Do major surgery. Pull the plug.

I feel like the caretaker of an old and ailing relative, marooned in the waiting room while doctors debate his or her fate.

Crossing several expressways and major thoroughfares on foot to get from the dealer to Barnes and Noble is an unwelcome reminder of how vulnerable and unprotected we are without our trusty automotive steeds to shield us. Trudging as quickly as possible across six lanes of traffic, thousands of tons of hot metal quivering with impatience and barely restrained by the ticking pedestrian signal, makes me feel like a bag lady with a laptop. 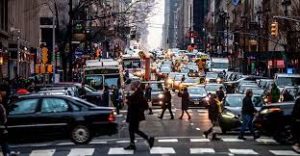 Without wheels, everything easy, comfortable and convenient becomes heavy, cumbersome, and effortful—high-heeled shoes, laptops, library books, grocery bags. It’s an unpleasant reminder of how challenging life is for the people without cars–some with crutches, canes or wheelchairs–who we whiz by daily, intent on our own destinations.  And it’s another unwelcome reminder of how much of life is now maintenance—if not my own body, it’s my car’s.

In our Brave New World of ever-changing technology, automobiles as such will become a thing of the past. Once human beings merge with our addictive electronic devices, we will become a combination of flesh, wheels, and giant thumbs and eyes, at one with our machines.

Meanwhile, I can’t get to my appointments for the feet, gastrointestinal tract, nose, hair, or any other part of my chassis that is calling for attention, unless I want to pay for an Uber or Lyft.

Soon, the self-driving car will be an option.  I am always reminded of the episode of Silicon Valley where Jared is kidnapped by his driverless vehicle.

Finally, the latest diagnosis–my car’s body control module needs to be replaced, at no small cost. Do I consign my steel-clad significant other to the junk heap for aging, inconvenience and non-performance?

It feels like a metaphor for life. Will there be someone who cares enough to replace my own body control module when I am facing the Great Mechanic in the Sky?

I take out my credit card.