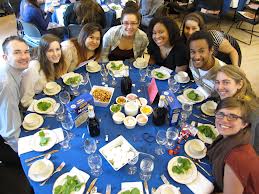 SINGLE AT THE SEDER-WHY IS THIS NIGHT DIFFERENT?

Oh for the good old days, when holidays preparations and marital status were my only worries and celebrating Passover didn’t involve a real plague.

As if frogs and lice weren’t enough, we’re entering another year of Covid and variants.  But some things never change-tradition!  Those displays of oddly shaped products that as you started to see in the supermarket a few weeks ago– matzo, Manischewitz jars of matzo balls and gefilte fish? They’re for Passover–the major Jewish holiday that features two Seders. The Seders are combined religious services/dinners where people read The Haggadah to experience the story of Exodus—how Moses led the Hebrews from slavery in Egypt to wander in the desert for forty years until crossing into the Promised Land. (And it’s always a misnomer to call any Jewish religious event a “holiday,” because this one especially requires a lot of work).

As a mature single, Passover has a special edge for me. When I had a home and partner, I was the host, inviting friends, coworkers, relatives, neighbors, out-of-towners, and a mixed assortment of human fruits and nuts. Now, I am a mature single, divorced, and a renter.

Despite my personal exodus, Passover is still being celebrated after 3,300 years. There are many theories about the historical accuracy of the Passover story—did thousands of slaves really leave Egypt, led by Moses, and wander in the desert for forty years? The simple, scientifically proven explanation is that “even then, men just wouldn’t ask for directions.” 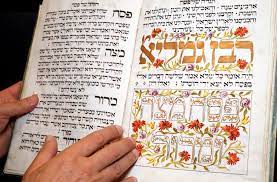 Here’s the interesting thing about the Haggadah–“The Telling”– (sounds like a New Age bestseller). The story of the Exodus is a universal metaphor–being “trapped in a narrow place,” feeling or actually being enslaved, hungering for freedom, wandering lost in the desert—emotional, psychological, actual—and longing to cross over into our Promised Land. The fervent spiritual, Go Down Moses is about the Exodus–check out African-American cantor Joshua Nelson —the “Prince of Kosher Gospel”– rocking it on Spotify in English and Hebrew.

Harriet Tubman, the redoubtable African-American Civil War hero who led slaves to freedom through the Underground Railroad, was called Moses.

Michael Twitty, the James Beard Award-winning cook and author does his own Liberation-inspired seder plate, as do many other Black Jews. Because the Passover story is so universal, there are 3,500-4,000 different Haggadahs, with more being developed every year –Unitarian-Universalist Haggadahs, Haggadahs for non-Jews/atheists/humanists/secular/interfaith/multicultural. Many are devoted to noble causes—vegetarianism, social justice, immigrant rights, ending domestic violence, freedom from the slavery of addictions, ending economic slavery, earth rights, “Black Lives Matter” (including the lives of Black Jews). There is the “Haddagah Good Feeling About This” with puns, a Hip-Hop Haggadah, a Bob Marley Haggadah, an LGBT Haggadah, a DIY app for your IPad, and Chocolate Haggadahs . (A chocolate Seder? Now, we’re talking!)

Of course, there are Seders for singles. This year, I was privileged to attend two lively, warm, engaging Seders hosted by family friends, with a variety of guests that included adoptive families and children, young couples, families of several generations, guests from Guatemala, Russia, Israel, Canada, China, and even the independent nations of Apple and Google.

As the Haggadah tells it, the Creator afflicted Egypt’s Pharaoh with Ten Plagues in an effort to convince him to let his Hebrew slaves go free. Which made me think of the Ten Singles Plagues, (not including sheltering-in-place as a single, which is a whole other story).

There are times when being single can be fun, exciting, empowering, satisfying—and I’ve experienced them. And there are singles with such a hardy support network that a partner is almost superfluous. Being a mature single can also feel very much like wandering lost in the desert searching for the Promised Land, with only Match.com to substitute for our Moses. 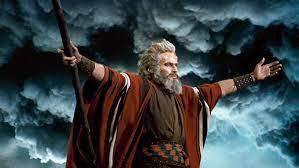 At the Seder, we accompany each plague with a drop of wine or grape juice. Is your finger ready for dipping? (A paper plate comes in handy). Here goes: separation and divorce/short sales and spousal support/mid-life unemployment/ involuntary downsizing/economic insecurity and plain old poverty (especially for women)/loneliness/the inconveniences and insults of aging/ the fear that it’s too late for love/ the fear of aging and dying alone/the longing for emotional and sexual expression and mutual love that stay fresh and young while the body grows older.

One of the Four Questions asked during the Seder by the youngest guest is: “Why is this night different from all other nights?”

The difference for me is that both Seders pinpointed the contradictions in my life. How lucky I am to belong to a community and to have friendships that survived divorce. The bittersweet memories of when I myself was the host—to unattached people like the current me. How different my life and challenges are from the married couples, young, middle-aged, or elderly, around the table. And the question—unless I choose to be a single host, will I always be a guest?

Seders held outside the land of Israel always ends with the prayer—metaphorical or literal—“Next Year in Jerusalem.”

According to “The Telling”, it’s both the journey AND the arrival that matter. Here’s a heartfelt wish that our we all escape the current plague, that our wanderings end, and we all cross safely into our personal Promised Lands.