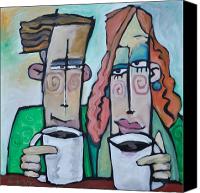 It’s where it all begins—the coffee date–a casual, risk-free way to meet your online prospects with minimum investment of time and energy. It’s supposed to be a simple social interaction; at best, the gateway to romance.

Of course, it’s a job interview and a business transaction. And the negotiations begin immediately.

The first negotiation is where to meet–at the location that is most convenient for him or for her? When you cave, are you defining the relationship with yourself as the loser? Or are you establishing just how flexible, considerate and ready for a relationship you are?

An even more significant negotiation-when to meet—on a weekday or weekend? If you meet on a weekday, there is even less investment. And expectation.

Do you meet close to a mealtime, or do you carefully avoid 8 AM, 12 noon and 6 PM, so an invitation to breakfast, lunch or dinner cannot be construed or taken for granted?

And an even more telling negotiation--who pays?

There are the Beverage Scrooges or Drink Defenders–men who arrive early and already have drinks in their hands. They clutch them protectively, as if you’re about to lean over and slurp their cappuccino. And they don’t make an offer when you finally get up to buy your own coffee. 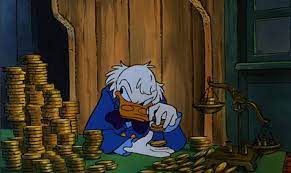 There was one gentleman who carefully defended his latte while telling me about his investments, stock portfolio, and trips to Paris. And that he and his ex-wife had never combined bank accounts of investments. Was his behavior related to the trickle down theory of economics? This guy wasn’t going to share a drop.

There are the rare High Flyers who invite you to dinner after a cordial correspondence and conversation. It always feels good on the receiving end of an actual investment. It feels like an offer of trust—yes, you are really worth my time.

There is the Drive-by Coffee Date—where one or the other scans the room, finds the prospect wanting, and escapes, while texting that they’ve been unavoidably detained by work/ an international crisis/ a bad hair day/ their grandmother’s death bed.

There are the Acts of Faith coffee dates—when both parties are brave enough to risk an encounter without a photo, based only on emails and voice.

But even the well-documented encounters are not necessarily dependable. Research only goes so far. “I haven’t met a single woman who looks anything like her photo or is the way she describes herself in her profile,” mused one gentleman, who was only one foot shorter–a mere twelve inches– than I expected.

There are the Polite and the Brief. They stay to chat for about ten minutes and depart, sometimes mentioning in parting that they’ll call, or to be in touch. You both know they won’t be.

Then there are the All Business Daters, both men and women. Out comes the Excel spreadsheet and the Questionnaire. They go bullet point by bullet point, always returning the conversation back to relentless information gathering. “How much do you earn?” “Who do you think caused the divorce?” “Where do you see yourself in five years?” “Just how long have you been single?” 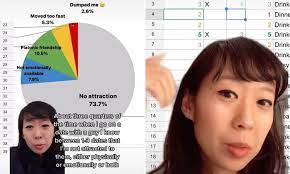 A subset of the All Business is the Winnowers–relentlessly separating the chaff from the wheat. One correspondent suggested dinner to his coffee date. She reviewed her notes and told him that she couldn’t date someone so recently separated, and left. What’s the big commitment in sharing a meal, he wondered? For the Winnower, every moment is precious. She doesn’t have a few hours to waste on dinner when she could be searching on line for someone more appropriate.

Fortunately rare, there are the Unbelievably Rude. The worst was a fortyish personal trainer (or so he said). After numerous entreaties to meet by email, plus mutual photo exchanges, he proposed a coffee date on a Saturday night, followed by dinner and a show. At very first sighting, he crushed me in a hug against his steel pectorals, looked me and up down, declared, “we are so not a match,” and jogged away. The barista didn’t even get my drink order right.

There are the Hidden Agendas Daters, or not so hidden. Male correspondents have reported on women who use dinner as a pretext to order everything in sight, as if they were famine victims suddenly released from a war zone, and ask for another drink and appetizer while they are still consuming the current offering.

The other side of the coin are women whose Cheap-Meter is constantly running, testing his every move and comment to determine if the guy is a Scrooge or a deadbeat.

An alternative way to look at the coffee date is sheer entertainment, a chance to enjoy the infinite variety of (single) human beings.

There’s always the hope, the excitement, the butterflies. That first glance—can it be? —almost always followed by a snap decision somewhere in his or her gut as to that person’s attractiveness and possibilities—regardless of any exchanges that have gone before. Frequently followed by nausea, depression, and disillusion, depending on how many fantasies you have spun based on a purely virtual acquaintance. 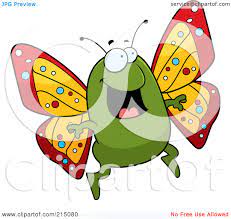 And there are the genuinely interesting and enjoyable conversations with nice people who aren’t The One, but have something to say, who could even be a friend.

But, alas, who goes on a coffee date to meet a friend?